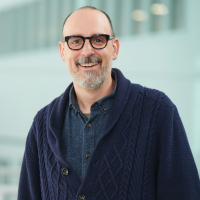 There’s a cool study published in this month’s OBHDP called “The effect of safe experience on a warnings’ impact: Sex, drugs, and rock ‘n’ roll”.  It’s about the effect of warnings on risky behaviour.  In a series of studies, the authors found that

“… those who receive warnings before having (usually profitable or enjoyable) experience with risk taking exhibit less risk taking than those warned only after having such experience.”

The authors blame the primacy effect for the fact that we tend to ignore warnings.  Primacy effects decribe our propensity to attach more salience to the first stimulus in a series of stimuli.  For instance, if we’re given a list of ten options to choose from, we’ll pick the first one far more often than the second or third.  Here, it seems that we treat a warning and our own safe experiences like they were two items on a list.  If we experience the warning first, we weight it more heavily; if the safe experience comes first, we rely on it instead.

People who get early warnings engage in less risk-taking behaviour because of this primacy effect, which is amplified by virtue of what the authors call an “initial history” effect.  In other words, once we’ve chosen to forgo a risky behaviour once, that becomes our status-quo choice, and we tend to stick to it.

It is probably a function of the decade in which I was raised that reading this article triggered memories of ASTAR the Safety Robot.  I suppose it’s a good thing I saw that ad before I had a firsthand safe experience with cartwheeling through giant spinning metal buzzsaws.